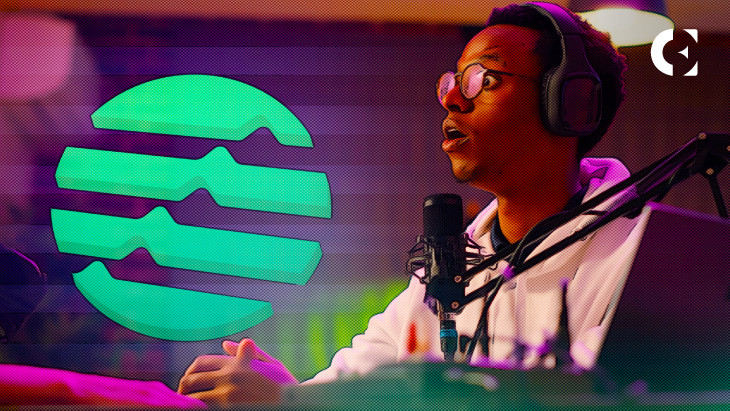 Crypto investor and founder of multiple crypto startups Cryptojoe has accused the acclaimed crypto influencer Hsaka (on Twitter) of using his followers as exit liquidity. He shared some evidence of Hsaka’s activities where he compared the timing of his market signals to the actual market conditions.

Cryptojoe referenced Hsaka’s tweet regarding Aptos, subtly suggesting a buying opportunity as bait to his followers. He accused Hsaka of using them as a tailwind in a trade that Hsaka may have joined much earlier.

A war of tweets ensued between the two with accusations and counter-accusations following each other. Hsaka responded by letting Cryptojoe know that he had already closed his positions on Aptos. In a clapback he trolled Cryptojoe on being upset about getting his analysis wrong on the token’s price trajectory. 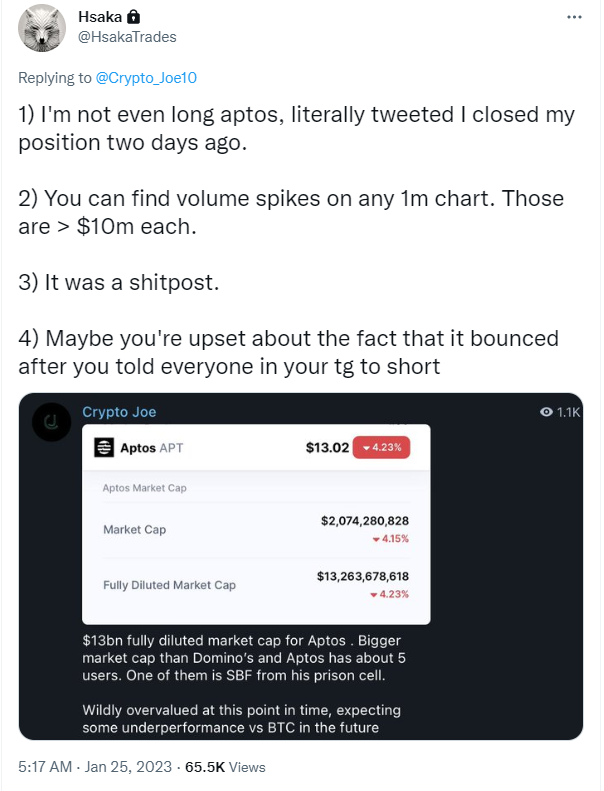 In response, Cryptojoe made note of his anticipation toward Hsaka’s community’s impending reaction when they discovered he had misled them into making a wrong decision.

The war of words extended beyond the two main characters, with other crypto users lending their voices to the argument. Some of them saw no wrong in Hsaka’s activities, instead, they accused Cryptojoe of looking for who to blame for the recent price action.

From the majority of reactions, many followers simply focused on heated exchange, ignoring the allegations involved.

Aptos has been on a steady uptrend since the new year unfolded. It has gained over 300% of its starting price for the year, with upwards momentum looking intact. It is a blockchain project developed by the team formerly behind Facebook’s Meta project.

The industry is on the lookout, hoping that the new layer 1 protocol will endure a protracted period of sustainability. The team behind Aptos has embarked on another journey to build the layer 2 protocol for scaling the meme coin ecosystem of Shiba Inu, Shibarium.