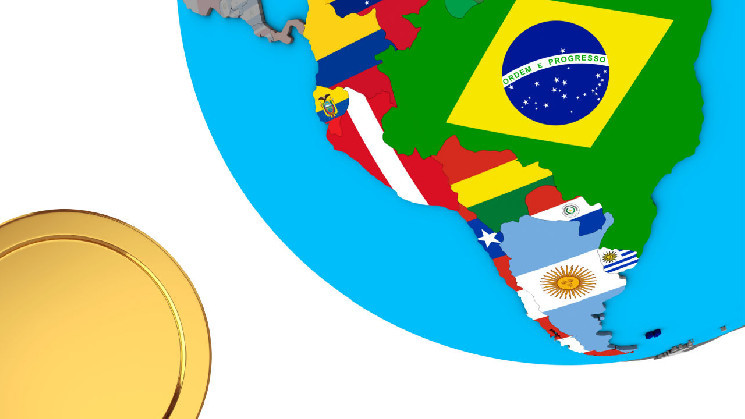 Elon Musk, CEO of Twitter, SpaceX, and Tesla, has given his opinion about the latest reports on the creation of a common currency in Latam, to be initially worked on by Argentina and Brazil. Musk stated that this move would be “probably a good idea,” commenting on the topic on social media.

The latest reports that Brazil and Argentina will start to study the issuance of a common currency for Latam have already caused reactions all over the world. Elon Musk, CEO of Twitter and Tesla, has recently given his appreciation when it comes to the issuance of such a currency, that would come to create a common economic area for the countries of Latam.

Answering a tweet that stated other nations in Latam would be invited to join the plan to create the second-largest currency union behind the European Union, Musk stated:

Minister of economy of Argentina, Sergio Massa, warned that this discussion would be just one of the first steps in the construction of the currency that is being preliminarily called “sur,” and that it might take some time for this initiative to be completed. The purpose of this currency would be to undermine the strength of the U.S. dollar in the region.

Distrust in the Dollar

There have been several personalities that have been predicting the fall of the U.S. dollar as a personal and world reserve currency, calling individuals to abandon fiat money and invest in more sound alternatives. Robert Kiyosaki, the author of the book Rich Dad Poor Dad, has been alerting his followers about this since some time ago, stating that the U.S. dollar was “toast,” as Saudi Arabia manifested its intention of joining BRICS in October. Also, Kiyosaki recommended buying bitcoin to avoid the crash of the dollar, that according to his opinion, would occur by January 2023.

In March, Musk made recommendations on social media for his followers on inflation rates and how he believes in dumping dollars to acquire physical assets.

As a general principle, for those looking for advice from this thread, it is generally better to own physical things like a home or stock in companies you think make good products, than dollars when inflation is high.

Furthermore, Musk clarified that he would not sell his bitcoin or dogecoin at that moment.