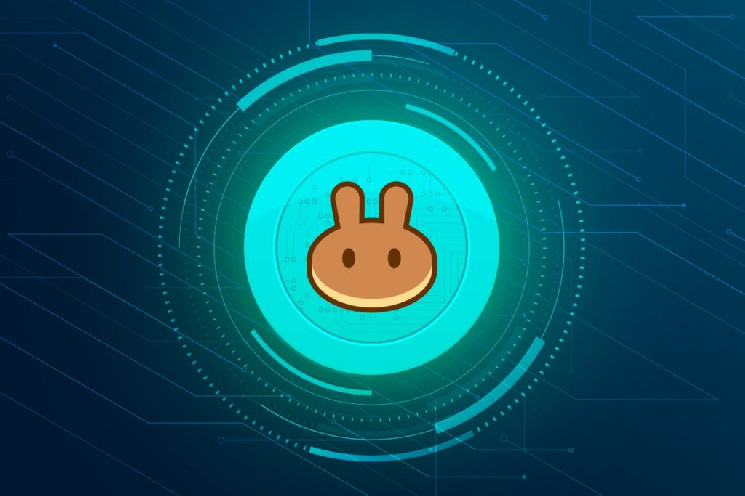 Popular decentralized exchange (DEX) PancakeSwap initiated its weekly burn program in early 2023. During the fourth week of the year, PancakeSwap burned as much as $109 million of its native $CAKE token.

The goal of the number one DEX on the BNB Chain is to combat inflationary pressures on the token.

For this PancakeSwap, which has long dominated the BNB chain, has established its burn program. In total as of 2023, the decentralized exchange (DEX) has removed more or less 28 million $CAKE tokens, given the current value of the native token, the price converted to dollars is about $109 million.

A huge figure that marks the importance of the exchange’s anti-inflationary strategy, followed by the $CAKE burn tracker, CryptEye.

But as with other cryptocurrencies, $CAKE also went through a rough patch in 2022, and the price of the token has been greatly affected by recent crises in the industry.

However, the decentralized exchange’s strategy really seems to be working; it is unclear whether the burn will continue, but given the positive feedback, we cannot help but expect more weekly burns.

Moreover, recently the decentralized protocol is helping its user community a lot. PancakeSwap is helping them make the most out of their crypto assets by trading, earning through yield farming and also through NFTs.

Partly due to its high trading volumes, PancakeSwap is confirmed as the leading DEX on the BNB Chain.

Past burns of $CAKE

During June of last year, the decentralized exchange attempted to kick off a burn program as well, managing to eliminate about 7 million CAKE tokens, worth $22 million. The token was well below its price today, almost half. To increase deflationary efforts and attempt a price rise therefore, PancakeSwap decided to initiate the burn protocol.

By initiating a burn procedure, the developers of PancakeSwap, projected a reduction in net emissions of $CAKE.

Doing so made the native token “neutral” or deflationary. PancakeSwap’s burning policy can be found in the company’s whitepaper.

To further intensify its deflationary efforts, PancakeSwap submitted a proposal on 13 June to increase the allocation of buybacks and burnings to 0.0575%.

With an allocation at that time of 0.0500%, the Protocol stated that the additional 0.0075% would be taken from its treasury allocation, thus reducing the allocation of the CAKE trading fee entering the treasury from 0.03% to 0.0225%.

It can be clearly inferred that PancakeSwap is very supportive of the cryptocurrency burn. The decentralized exchange platform is undoubtedly a promoter of this “anti-inflationary” solution.

Today it is carrying out a weekly strategy to burn its native $CAKE token, breaking all personal records on tokens removed. In 2022, it had already attempted the same, with lower results and equally low returns.

Also in 2021, they had talked about this strategy, when its prices were at all-time highs, in the event dubbed “The Big Burn” by the platform itself.

MATIC Up 12%, Bloomberg’s Senior Strategist Explains Why Polygon Is Superior

The Graph: A look at Q4 2022 performance and current state of GRT

Dogecoin News: DOGE To Get Forked By This Ethereum Competitor?

Top Whales Are Buying This Crypto Even After Massive 200% Rally

MATIC Up 12%, Bloomberg’s Senior Strategist Explains Why Polygon Is Superior

The Graph: A look at Q4 2022 performance and current state of GRT

Dogecoin News: DOGE To Get Forked By This Ethereum Competitor?

Top Whales Are Buying This Crypto Even After Massive 200% Rally