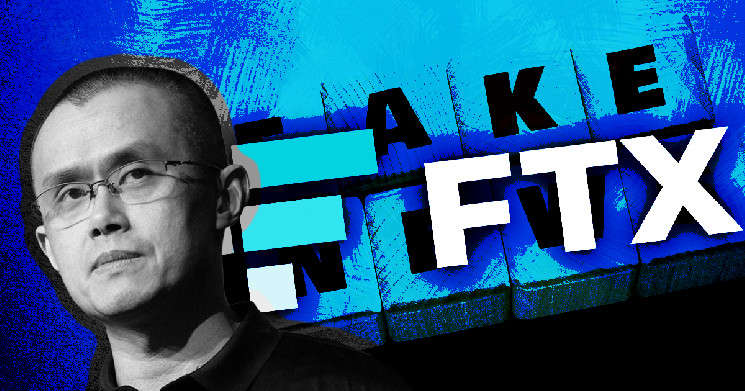 CZ claimed that traders with short positions look to “generate negative news” to better their trades. Therefore, he is “fine” with crypto skeptics such as Peter Schiff criticizing the industry as “they don’t get it, they don’t understand it.”

However, he admitted to paying attention to the negative press allegedly funded by FTX. CZ said:

The Binance CEO praised the ability of people to “come to their own judgments,” stating that “people are pretty smart today… most people are no longer fooled by clickbait titles.”

In response to another audience question on AI, CZ asserted that Binance is using the technology in many parts of its business. For example, roughly 75% of Binance’s customer support is handled via AI, along with risk management, transaction monitoring, fraud detection, and market manipulation detection.

CZ also believes there will be further implementation of AI technology within the blockchain space in relation to analyzing data and detecting critical changes to risk.

Risk management was a critical factor in the failure of many crypto exchanges and lending services throughout 2022. Therefore, the ability of AI to mitigate the difficulties of managing risk within a complex on-chain environment could be crucially important to blockchain projects in the future.