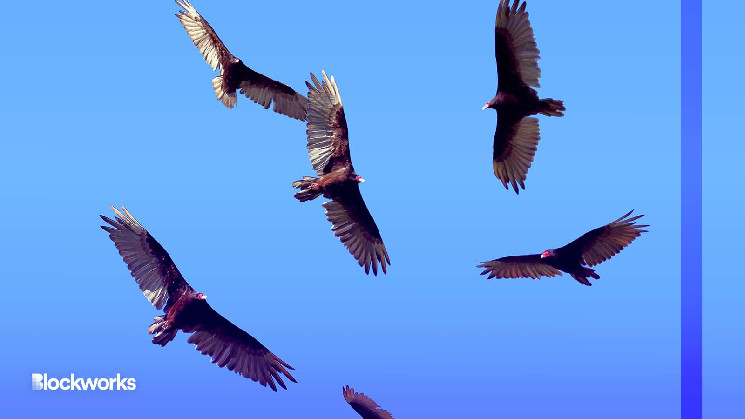 The leader of an online movement advocating to strip Grayscale Investments from management duties of its Bitcoin Trust (GBTC) said the proposals by asset managers to take over the trust are likely just beginning.

Roughly 2,600 investors have so far reached out to the online campaign — investors that own about 153 million, or 22%, of GBTC’s 692 million shares, according to David Bailey, the CEO of BTC Inc. and founder of the Redeem GBTC group.

More than 100 of those are institutions, he noted, which account for about two-thirds of that total.

Among them are hedge fund Fir Tree Partners and crypto investment firm BlockTower, he said. Bailey declined to disclose other institutions for now.

Among the campaign’s goals are offering a path to redemptions for GBTC investors, reducing the trust’s management fees and ensuring a competitive bidding process for potential new GBTC sponsors.

The trust has been under fire in recent months as its discount has hovered in the 40% range and reached as high as nearly 50%. Grayscale has said its efforts to convert GBTC to an ETF, if successful, would essentially eliminate the discount.

In a suit filed last month, Fir Tree was seeking information about the exact relationship between DCG and both subsidiaries, adding the potential interdependence between these companies is “troubling.” Grayscale told Blockworks the suit is “baseless and without merit.”

Valkyrie Investments made a proposal last month to take over GBTC as its new sponsor and manager, according to the public letter attributed to the firm’s chief executive. It proposed an annual management fee of 0.75% for GBTC — down from the current 2% Grayscale charges.

Osprey Funds last week made its own proposal to become GBTC’s manager, proposing an even smaller fee of 0.49%.

A 3iQ spokesperson confirmed the report but declined to comment about submitting a potential proposal to take over GBTC.

“We want to force an uncomfortable conversation around alternative visions for the trust and how other people would run it,” Bailey said. “How do we make the case that a certain fee structure is unreasonable? Well, we get a lot of different firms to put forward their proposal and let’s compare what the fees are.”

Bailey said he expects more firms to come forward with proposals in the coming weeks — crypto-focused companies as well as traditional finance firms. He declined to comment on specific firms.

“The vultures are circling,” he said. “This is the world’s largest pot of bitcoin. Every single firm that is in asset management is looking at this, licking their chops and wanting to take a bite.”

Keep reading for some excerpts from Blockworks’ interview with Bailey:

Blockworks: What sort of institutions has the Redeem GBTC campaign engaged with?

Bailey: So many people interact or do business either directly or on the periphery with [DCG CEO] Barry [Silbert] that people do not want their names out there yet.

It’s pretty incredible how many people have been circling this trade and this asset for a while waiting for something to happen, and we were just kind of the catalyst that started the fire.

Blockworks: After they tell you they are a GBTC shareholder, what happens next?

Bailey: Typically the conversation pivots to them asking, how can we help? What can we do? We’ve gotten all sorts of offers of resources and support.

We have some of the best law firms out there consulting and giving advice. We’ve been offered financial resources. We haven’t taken any of those offers yet. We will at some point once the costs become unmanageable for us…to pay for financial auditors, on-chain analysis sleuths, public relations campaigns, investment bank advisors, bankruptcy counsel.

There’s a lot of different vendors that need to be engaged in this process so that we can adequately push forward all the different prongs of our plan and attack.

Blockworks: What is the campaign most focused on in the near term?

Bailey: Right now, the next steps are engaging all the right vendors, so we can have day-to-day execution that doesn’t require myself — I have a full-time job running a company.

We want to have an operation and front office built out, so this campaign can be driven forward by bulldogs that know what they’re doing and each have their respective lane that they own.

We are actively engaged on the regulatory and political side. That is probably the fastest path to have some sort of intervention here is getting the SEC or the Attorney General of Delaware to act.

They have kind of God powers over the trust and can change the fees, can change the redemption policy, could change the name. They can do whatever they want, so we’re pursuing that path aggressively.

Blockworks: In addition to the SEC and the attorney general of Delaware, I know you also mentioned in a tweet that two unnamed state regulators reached out to the Redeem GBTC campaign?

Bailey: I think by the time it’s all said and done, you’re going to have multiple different jurisdictions competing for relevancy in this case. I think this is the most high-profile catastrophe in crypto on the scale of the FTX disaster, and I think that there are a lot of regulators accused of being asleep at the wheel.

They’ll want to take a more proactive approach in this case to score a win with their constituencies and the investing public. It’s the right thing to do and we welcome their intervention.

This interview was edited for brevity and clarity.